Hydration part 1: Drinking for performance during your fitness training 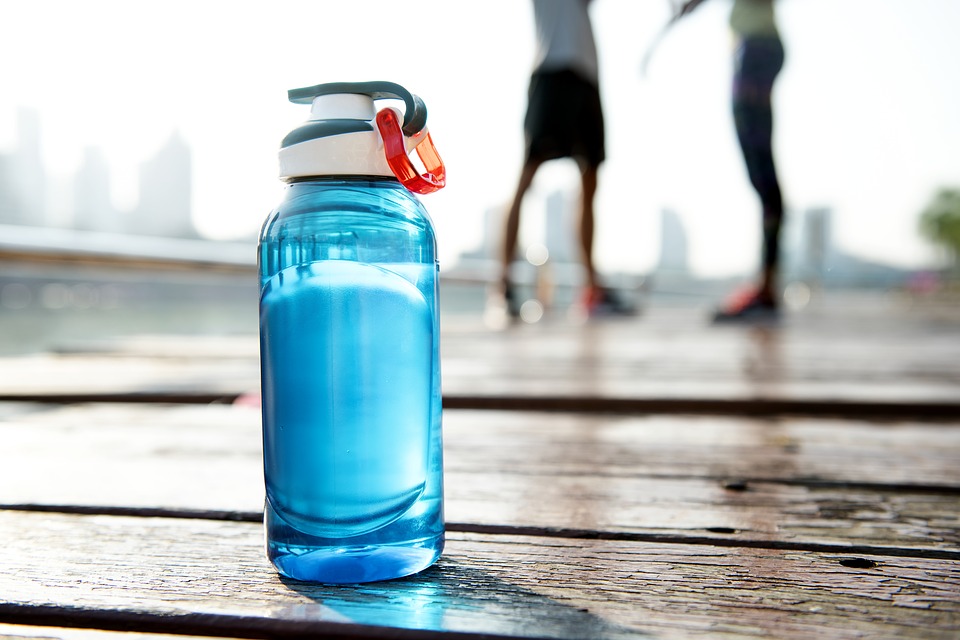 The athlete’s performance and safety depend largely on good hydration during your fitness training program. This balance is dangerously disturbed during fitness exercise due to the redistribution of water and perspiration.

It is essential that the athlete optimizes his or her water requirements, as water is the body’s primary constituent. Depending on age, sex and body composition, it makes up between 40 and 70% of an individual’s body mass.

Role of water in the body during fitness training

Water participates in maintaining a relatively constant body temperature, despite the external thermal constraints and the significant increase in internal heat during exercise, it is indispensable for several functions of the organism, such as cell activity, the functioning of the cardiovascular system, the regulation of body temperature, renal elimination…

The amount of water in the body remains relatively stable over time. Although considerable amounts of water are lost during physical activity, drinking during training quickly restores imbalances in the body’s fluid levels.

Hydroelectric losses during a fitness training exercise and dehydration processes

Plasma, the liquid component of blood, which makes up about 55% of its total volume, is at the center of blood exchange. The decrease in plasma volume is observed as a result of strong sweating (perspiration) responsible for reductions in the total volume of water. From a certain deficit, a decrease in the maximum cardiac output during exercise appears.

Dehydration is a process that is caused solely by perspiration during sport. If this loss of water remains modest (0.5% of body weight), there are no secondary symptoms.

However, beyond this percentage (quickly exceeded by many athletes), numerous complications negatively influence the physiological processes and, more particularly, the performance of athletes’ training.

Dehydration and deterioration of physical abilities during training and competition

As the fitness exercise is prolonged, it is increasingly difficult to tolerate if the athlete does not drink. Therefore, it is essential to compensate as quickly and as completely as possible for the losses caused by exercise, but also those related to the different activities of the day.

Dehydration lowers the physical abilities of athletes through a greater increase in heart rate and internal temperature. It has frequently been shown that a water deficit of 2% of body weight reduces aerobic capacity by up to 20%! Performance during prolonged exercise will then be affected, as during your fitness training.

The effects of dehydration are less pronounced with relatively short exercises. During exertion lasting a few seconds, performance does not seem to be particularly affected, as long as the athlete can rehydrate properly.

As far as strength production is concerned, dehydration does not seem to affect maximum strength values, but it does have a detrimental effect on strength endurance.

Example of recommendations for non-athletes

The European Food Safety Authority (EFSA) recommends that for people over 14 years of age, a woman should have an intake of 2 liters of water per day and a man an intake of 2.5 liters through food and drink. Between 1.5 and 1.8 liters of liquids should be ingested daily to prevent acute dehydration.

Example of recommendations for athletes during training

Fighting dehydration for better recovery during training or sports event.

Preventing dehydration is an absolute priority for the sportsman or woman, but it is not always easy to implement in a structured way, especially during long competitions.

Unfortunately, its prevention is difficult, as the body cannot build up significant water reserves. Any excessive absorption of water prior to the competition will systematically lead to an increase in urine flow, which is an embarrassing situation in a competitive situation.

The ingestion of 150 to 300 ml of water before a competition constitutes normal hydration, without causing urination (the urge to urinate) in the hours that follow. A study has shown that an active pre-hydration of 500 ml of water 40 minutes before exercise tends to increase perspiration and limit the disturbances induced by the lack of hydration during exercise.

Thirst is not a good indicator of the need for rehydration during exercise: you should therefore drink before it occurs and more than it would lead to. The volume to be ingested should be determined individually and adjusted according to each person’s tolerance, trying to compensate for losses. To do this, losses must be estimated based on the characteristics of the exercise (intensity, duration), environmental conditions (thermal environment, relative humidity, radiant load) and more individual factors (level and state of training, acclimatization or not to heat).

You can find out more about which cookies we are using or switch them off in settings.

This website uses cookies so that we can provide you with the best user experience possible. Cookie information is stored in your browser and performs functions such as recognising you when you return to our website and helping our team to understand which sections of the website you find most interesting and useful.

Strictly Necessary Cookie should be enabled at all times so that we can save your preferences for cookie settings.

If you disable this cookie, we will not be able to save your preferences. This means that every time you visit this website you will need to enable or disable cookies again.